Discounted to 99¢ from June 22nd through June 27th
I will post a reminder of this sale closer to the sale dates.

Morgan arrives in New York, where she is speaking about her Hope Foundation at several high-profile events. When she finds out that her life is at risk, she is not sure whom to trust—disoriented by an intense attraction to a very charming and controlling Gabriel, she attempts to regain control of her life only to find herself in the middle of a war between different factions of an ancient civilisation. The people of Ahe’ey hold the key to the future of humankind within their genes. To unlock it, Morgan and Gabriel need to help them move beyond the medieval rules that are holding them back. The price of failure may be the end of the world.

Find out more about the characters and plot at www.angeelseries.com 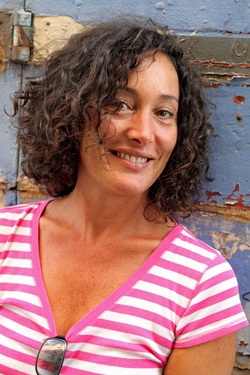 Jamie Le Fay is the author of Ange’el, her debut novel. She was born in  Europe and spent her early adult years traveling around the world working in information technology before she left the corporate world to  focus on her passion: empowering women and girls. Jamie lives in London, UK where she is involved in a variety of initiatives that hope to contribute to the safety, wellbeing and education of girls globally. Jamie is an accomplished writer and speaker that focuses mainly on topics related to girlhood, feminism, gender equality, and the misrepresentation of minorities in media and marketing.


Connect with the Author