In the summer of 1980, a maverick young doctor gave it all up, to hitchhike around the world.

The first part of his odyssey took him through South America and up through Africa, accompanied by his mythical hunter companion, Orion.

His vision quest continued around the second cartwheel of the European Grand Tour.

In Hind Cartwheel, blessed by the living goddess on his thirtieth birthday, he spins the dharma wheel of the Indian subcontinent.

Lawrence Winkler is an ancient physician and phenomenologist, traveler, mushroom forager, and natural philosopher. As a young man, he hitchhiked around the world, for five transformative years. His middle age is morphing from medicine to manuscript. He has a passion for habitat protection, including the (hopefully) final repairs on a leaky roof. Westwood Lake Chronicles was his first book. He lives on Vancouver Island with Robyn and Shiva, tending their garden and vineyard, and dreams.

Connect with the author 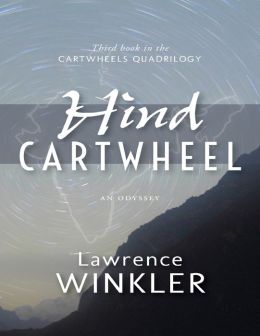 This very insightful piece came to me via email the other day.  I want to thank Mr. Sackett for allowing me to post this to my blog.

Take me, for instance.

I started out loving detective stories. I was a precocious reader; I can't have been older than six when I read Sir Arthur Conan Doyle's A Study in Scarlet. It gave me such horrible nightmares that my parents forbade me from reading any more Conan Doyle.

Luckily, my parents had short memories. By the time I was in high school, I bought a one-volume collection of Sherlock Holmes stories and read them all. I even joined a society of Holmes addicts, called I think the Baker Street Irregulars, which published a journal to which I subscribed.

I moved from Holmes to other detective-story writers. My two favorites were Raymond Chandler and John Dickson Carr -- and two more dissimilar writers could hardly be found. But I read widely among other detective-story authors as well. Since I wanted to write, I started trying to write detective stories and even finished a novel while I was in college.

Suddenly, however, I discovered that in reading many detective stories I was reading the same story over and over. The names and places were different, but all the stories had the same structure: crime-detection-solution. And I was getting bored.

Then one day, looking over the magazines in the rack at the drug store, I was attracted by the cover of Amazing Stories. Curious, I bought a copy and read it. I was hooked by a narrative by Richard S. Shaver, purporting to be a true account of alien beings living underground in the Earth. In common with many readers who wrote in to the magazine, I didn't really believe it, but it certainly was circumstantial -- and, more important, unlike the detective stories I had been reading. And thus I began to explore science fiction to see what it was like.

What I discovered was that the writers of science fiction wrote nearly every kind of story there was except romance. Robert A. Heinlein wrote future history and four-dimensional geometry. A.E. van Vogt attacked racism in Slan by dealing with genetic mutation, exposed the narrowness of academic specialties in The Voyage of the Space Beagle, retold the history of the Roman Empire in The Wizard of Linn, and introduced general semantics into a world of non-Aristotelian logic in The World of Null-A. Isaac Asimov explored the basic rules of robotics. And while most writers in the field celebrated the advances of science and technology, Ray Bradbury was pointing out that these advances had a dark side.

There were some basic story structures, but whereas detective fiction had only one, science-fiction had several: what-if and if-this-goes-on were two that appealed to me. So I began trying to write science fiction. My first published story was based on Plato's allegory of the cave, translated into an interplanetary future. I had some modest successes; one of my short novels, "Hail to the Chief," a what-if story using political science as the science, has been anthologized three times.

From this experience I discovered that I was the kind of writer who didn't want to write the same story twice; and even though all but one of my published novels is what I call a fictional biography, the biographies are of three different kinds of people who lead three different kinds of lives. My forthcoming novel, Rabbi Yeshua, is a fictional biography of still another kind of person. Therefore I will appeal to readers who do not want to read the same story over again.

Unfortunately for me, there are fewer readers of that type than of the other. The best-selling fiction books may be in different genres, but the bestsellers in each genre are all built on the same pattern, showing that what most readers really enjoy is finding a story they feel comfortable with and reading it over and over again.

When I was in Thailand, my next-door neighbor was an Englishman, part owner and plant manager of a company that manufactured a part used in cell phone towers. He moved away and, knowing that I enjoyed reading, gave me a big box of paperback books that he was through with. They were all spy novels with "No. 1 New York Times Best Seller" printed on the cover. I read several of them by different authors and was dismayed to discover that they were all the same story, just with different names and places. I gave the box to a young lady I knew who wanted to read books in English to improve her grasp of that language.

This is not to say that there was not a great deal of ingenuity in those spy stories. A writer has to be ingenious to keep telling the same story over and over again and make it seem fresh and new every time For that matter, thinking back to my detective-story days, John Dickson Carr was fiendishly ingenious.

Thanks again to Mr. Sackett for submitting such a great piece to my blog.

You can find him online at:
Website:  http://samsackett.us/
About the Author:  http://about.me/www.samsackett.com
Amazon Author Page:  http://amazon.com/author/samsackett

Featured Book - Between the Carwheels

Between the Cartwheels
by
Lawrence Winkler

Description
In the summer of 1980, a maverick young doctor gave it all up, to hitchhike around the world. The first part of his odyssey took him through South America and up through Africa, accompanied by his mythical hunter companion, Orion. Between the Cartwheels is the sequel to that cartwheel, his vision quest continuing now, on the European Grand Tour adventure of a lifetime.

Lawrence Winkler is an ancient physician and phenomenologist, traveler, mushroom forager, and natural philosopher. As a young man, he hitchhiked around the world, for five transformative years. His middle age is morphing from medicine to manuscript. He has a passion for habitat protection, including the (hopefully) final repairs on a leaky roof. Westwood Lake Chronicles was his first book. He lives on Vancouver Island with Robyn and Shiva, tending their garden and vineyard, and dreams. 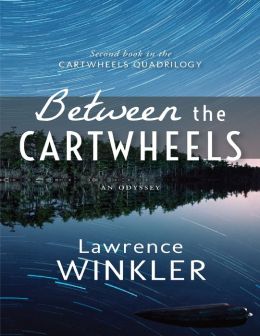 "If you like intrigue, twisted plots, a love story, and an elaborate con worthy of The Sting all rolled into one well written and developed book, you'll love this one" -- Manic Readers

*A Top Pick from The Romance Reviews*

Rio Laraquette thought the legend was nothing more than an enchanted tale about star-crossed lovers who left behind a fortune. That is, until she figures out that she--in a past life--was the culprit who stole a shipment of gold and silver and buried it somewhere in the hills of northern Nevada.

While searching for the treasure, Rio's heart begins to ache for a man who's been dead more than one hundred years. They say time heals all wounds, but what if it doesn't...?

"Magical, whimsical, enchanting...a must, Must, MUST read!" --The Crazy Bookworm

"This is the first book I have read by Sandra Edwards but it won't be the last." -- Blackraven's Reviews

This book is currently FREE at Amazon for Kindle
Prices are subject to change at any time so please check the price before downloading.

Native Me
by
V.R. Janis

This book is filled with a Native American woman's journey as she was raised on a reservation. She shows her feelings, dreams and experiences through her poetry and photographic art.

To submit to my blog for giveaways, contests and sales please check out my Submissions page for more information.